Friday, July 6, 2018
https://getdeals.in/ads/728X90.html The Thanjavur Maratha Palace Complex, known locally as Aranmanai, is the official residence of the Bhonsle family who ruled over the Tanjore region from 1674 to 1855. The original name of Thanjavur Palace is Sivaganga Fort, which...
0 Comment Posted By editor Festivals of the temple

Thiruvatharai,aadipuram,karthigai, special poojas will have happened. 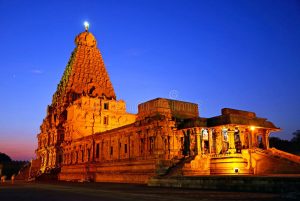 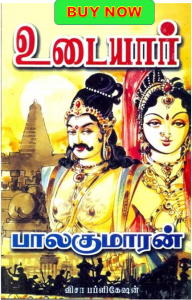 How to reach By air: Thiruchirapalli airport is the nearest to brihadeshwara temple around 65kms.

By train: Thanjavur railway station which is 24 km.Trains from Trichy to thanjavur available at all days,the distance from trichy to thanjvur 49 kms. know train details. Thanjavur station code:TJ Platform:5

By Road: Thanjavur has bus facilities from all cities and Local taxi or cab also available.You can reach the temple easily. 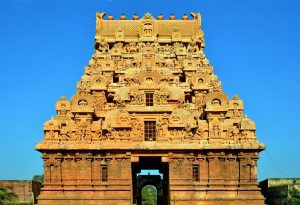 Maha Shivrathri in February-March; Aipasi Poornima-full moon day in OctoberNovember; Panguni Utsav in March-April and Margazhi Tiruvadhirai in DecemberJanuary are the festivals celebrated in the temple.

Thursday (April 26) will be an important festival day for the residents of Thanjavur city and neighbouring parts of the district as thousands of devotees will pull the temple `Thiru Ther’ (sacred chariot) of Lord Brahadeeswarar temple, popularly known as Big Temple through the west, north, east and south main streets unmindful of dry weather conditions. 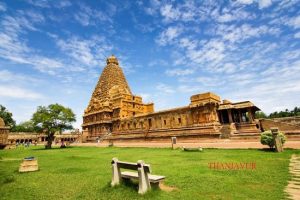 The temple car procession will start from west main street opposite Sri Sankara Mutt between 5.15 and 5.50 a.m.

10 day Tirukarthikai festival in November-December is the important festival of the temple drawing crowd in lakhs. 10 day Chithirai Brahammotsavam in April-May, Vaikasi Visagam in May-June, Aavani Pavithrotsavam in August-September, 10 day Navarathri in September-October, Aipasi Skanda Sashti in October-November, 10 day Margazhi Tiruvadirai in December-January, Thai Poosam in January-February, Panguni Valli Kalyanam in March-April are the other festivals celebrated in the temple. Of these, the festivals falling in Chithirai, Karthikai and Thai Tamil months are inaugurated with flag hoisting. Thirupadi festival for the steps is celebrated on the English New Year day. Also, monthly Kruthika star days, Monthly Tamil new days, New moon and full moon days, Sashti days, Visakam star days, Tamil and English New Year days, Deepavali and Pongal are devotionally celebrated in the temple. The crowd in the temple is huge on Tuesdays and all festival days.

Sri Rama Navami is celebrated in the temple with special pujas in March-April – Panguni Tamil month. On the Masi Maga day in February-March, Lord Sri Rama and Mother Sita visit the Maga Magam Temple Tank for a bath and offer Theertha Prasad to devotees.

Transit day of planet Jupiter from one zodiac sign to the next with special pujas, Poornima day (Full moon day) in the month of Chithirai (April-May), Thai poosam in January-February, Panguni Uthiram in March-April and Car festival for Lord Dakshinamurthy are the festivals celebrated in the temple.

Maha Shivrathri in February-March; Tirukarthikai in November-December and Vinayaka Chaturthi in August-September are the festivals celebrated in the temple.

Brihadeshwara temple which is located in thanjavur during from 3rd century BC to 4th century AD. It is also believed that chola king win the battle with chola and pandyas then the city was ruled by king chola. King chola constructed the brihadeshwarar temple in 985 AD which is the greatest construction of cholas.

Thanjavur Brihadeshwara temple or Thanjavur Periya Kovil is the symbol of world heritage and culture of the Indian state of Tamilnadu. This temple is dedicated to lord shiva.it is also called as RajaRajeshwara temple which is one of the largest temples in India.

Brihadeshwara temple shows architecture excellence of greatest emperor Raja Raja Cholan between 984 AD to 1010 AD and This architecture reveals the wealth and artistic expertise of Chola kingdom which was completed in 1010 AD. It crossed 1000 years in 2010. It is one of the parts of UNESCO world heritage sites as “Great Living Chola Temples”.

This temple signifies the Tamilian architectural knowledge.The stunning monuments speaks about the Chola kingdom’s architecture. This temple was completely built by the granite stones.

This temple wall is most beautiful and included with richest paintings. It is one of the largest temples in India also called “Big Temple”. Thanjavur architecture is unbelievable construction for many enegineers,it shows tamilnadu heritage.know thanjavur history in tamil.

The most interesting and unbelievable thing about this temple is the shadow never falls down at the noon and it has musical pillars in the entrance of the temple.

The vimanam in the temple is called as Dakshina meru and southern meru.

Two Ganesha statue idols appear at the entrance if you tapping them you can feel the sound traveling through the stone in one idol and through metal in another idol.

Intresting Facts : A study in Oriental architecture or history is certainly incomplete without a mention of the Tanjore Brihadeeshwara Temple or the Tanjore Periya Kovil (Big Temple). This imposing structure was built by Raja Raja Cholan and his sister Kundavai, both ardent devotees of Lord Shiva. It was constructed by the King at the height of the Chola reign to signify his power and strength. Here are a few facts not known about this Chola temple of Thanjavur:

What astounds historians is that there was not a single granite quarry in about 100 km radius of the temple. This means that transporting these stones would have been a herculean task. But Raja Raja Cholan insisted on the use of these stones. All of these features make this Chola temple of Tanjore, a magnum opus of the Chola reign.

It is an unrivaled piece of architecture and it reveals the culture, heritage and engineering mastermind of Chola’s kingdom.

It has lot of peerless, unimaginable and interesting thing in the temple.

It got under the category of the Archaeological site and Southerneastern Asian Religious structure of Hindus.

It is a popular story that Brahamma the Creator bypassed Lord Muruga when both met on an occasion without offering the respect to the Young Lord which He deserved. Muruga intercepted Brahmma and demanded the meaning of the Pranava Mantra Ohm. The Creator could not answer. Muruga pounced on Brahmmas four heads and put him in prison as he was not qualified for the creation job. He began creation Himself. Vishnu appealed to Lord Shiva for the release of Brahmma. Muruga obeyed His father’s order. When Lord Shiva asked the Son to explain the meaning of Ohm, the Young Son explained the meaning in detail, but secretly close to Father’s ears as this is such a holy mantra which the righteous and wise alone should know. The event took place in this sacred soil.

Lord Muruga graces devotees in His best attire. He looks with a ripe, wise and philosophical look during the Vibuthi (sacred ash) abishek, a majestic Balasubramania in Sandal abishek. If one closely observes the sanctum sanctorum, the peeta – stage- on which the Lord stands looks like the Shivlinga Avudayar and the Lord as Shivalinga itself. This represents the philosophy that Lord Shiva and Lord Muruga are but one and not different from each other. In the place of the traditional peacock before the Lord, there is elephant here, which was gifted by Indira after the destruction of demon Harikesa, according to scriptures.

Dasaratha King of Ayodhya was sad as he had no issues to look after the kingdom after him. As advised by Guru Vasishta, he conducted a yajna called Puthrakameshti Yajna seeking child boon. To establish Dharma on Earth Lord Vishnu was born to him as Rama from his first queen Kausalya. Vishnu’s Adisesha and conch were born as Lakshmana and Satrugna to his their queen Sumitra. Bharatha representing Vishnu’s discus was born to the second queen Kaikeyi and was a symbol of Dharma himself. Rama, Lakshmana, Bharatha and Satrugna were born on very auspicious days with Punarvasu, Pushya, Aslesha as their birth stars respectively. All the four brothers were a living and practical example in human forms of the rule of Vedas. Rama and Lakshmana were close to each other while Satrugna was close to Bharatha. Bharatha, an outstanding example of the political dharma of the days, ruled Ayodhya as its acting Governor of Rama from the Nandhi Grama placing Rama’s sandals on the throne. He ruled till the return of Rama from his exile after 14 years. Their wives excelled their husbands in upholding Dharmas. No power on earth could separate the brothers. They were united by soul and mind. Lord Sri Rama in the temple appears as on the Coronation Day in Ayodhya with His consort Mother Sita who suffered untold suffering during their exile, Lakshmana who was only happy to share the hardships of jungle life along with his brother, Bharatha and Satrugna whose sacrifice deserves all praise and Sri Anjaneya who was the soul of Rama in deciding His final victory over Ravana. After Ayodhya in U.P. this is the temple in Kumbakonam in the coronation style, a pilgrim town known for its famous temples and Theertha – Sacred waters – importance.

Lord Sri Rama blesses the devotees with all his brothers and Mother Sita. While Sri Hanuman appears with his club in all Vaishnava temples, he is holding a Veena here.

Theertham : Amirtha Pushkarani and others

While saint Sundarar was caught in the floods while coming to Alangudi, Lord Shiva Himself came to his rescue in a boat and Lord Vinayaka protected the boat from capsizing and therefore is called Kalangamal Katha Vinayaka (Vinayaka who protected from fear of boat capsize).

Presiding deity Aabathsahayeswarar is a Swayambulinga Murthy in the temple. Lord Dakshinamurthy adored as Guru Baghwan (teacher of Dharma and Yoga sastras) has special importance in the temple and therefore, the place is regarded as Dakshinamurthy Sthala – the holy place. Sage Viswamitra, emperor Mushukunda and Veerabadra had woshipped in this place. Mother Parvathi performed penance here to have Shiva as Her Lord. Scars of measles are found in the idol of Saint Sudarar.